I Adore Jason and Shea 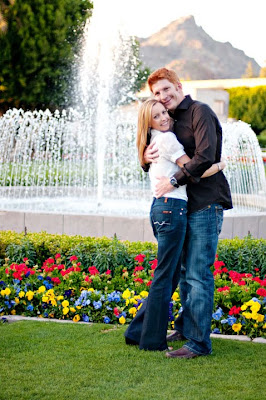 Usually I post engagement pictures several months before the wedding. For Shea and Jason we were just happy to get the pictures done in time for the wedding. We had to reschedule several time's due to rain. I thought it would be fun to post some engagement pictures before the wedding pictures, kind of a before and after.
Wouldn't you agree that they are a beautiful couple. I just adore them. I met with Shea back in October, when Shea was interviewing me for the position of the wedding photographer I could tell that she was not only looking for a photographer that could take a good image but it was important to her that she was comfortable with them as well. Shea and Jason's wedding was at the magnificent Wrigley Mansion. Everything was perfect with the help of Simply Elegant Event and Floral Design. Shea and Jason had a butterfly theme for their wedding. Right after Jason and Shea kissed during the ceremony the guest released live butterfly's. There were little tin bo…
4 comments
Read more
More posts