Michael and Becky and Their Lovely Wedding 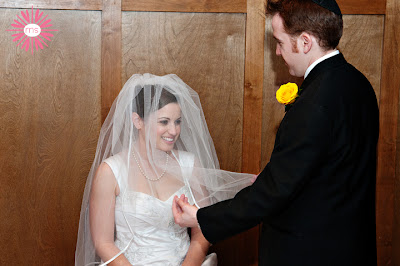 Meet Michael and Becky, a very sweet couple that just got married at Ancala Country Club . I would like to take a moment to explain this one part of their wedding.  This was a Jewish wedding ceremony and one part that I found so interesting was during the signing of the Ketubah.  Michael and Becky met up with each other for the first time before the ceremony so they could sign the Ketubah, which is the marriage contract.  During this time they also do the unveiling of the bride . The common explanation for this ritual dates back to the Biblical time of Jacob who intended to marry his cousin Rachel. Laban, his uncle and future father-in-law veiled both Rachel and her sister Leah and switched the two. Jacob did not bother to unveil the bride prior to the wedding ceremony. The next morning he discovered he had married Leah. Jacob had to work for seven extra years in order to marry Rachel. The unveiling of the bride reassures the groom that he is indeed marrying the right br
4 comments
Read more
More posts