We Survived Boot Camp, What is Next 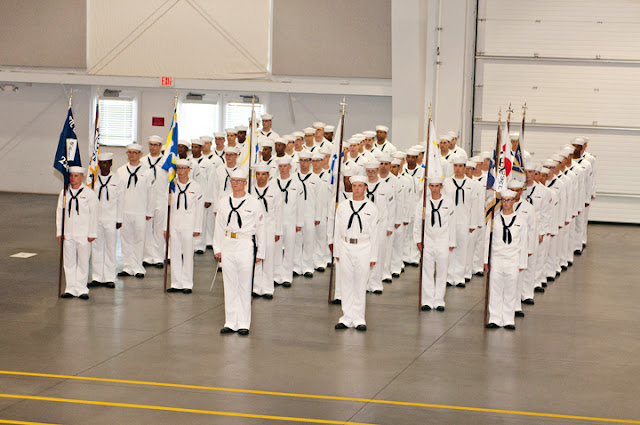 This is my son's DIV 226 Ship 07 from Great Lakes IL, graduated boot camp on July 20, 2012 and yes my son was what they call a "stick man" and carried a flag.  I was so thankful he carried a flag for we were able to spot him right away.  Miguel is one of about 550 sailors to graduate on this day!   It began on May 24, 2012 and ended July 20, 2012, at least the boot camp part!  From the minute we watched Miguel get sworn in, it has been a emotional roller coaster.  From waiting for my 30 second phone on the night of the May 24 to tell he was safe in Great Lakes, then his box of cloths that I last saw him in, to the form letter that everyone gets with boot camp and graduation information along with his address, to my first letter, first phone call (almost 6 weeks in) to lastly the "I'm a sailor call" that Miguel placed to his girlfriend Kariann.  Finally graduation!!  My emotions went from sadness, for my oldest son was gone. Then the nerves kick because
Post a Comment
Read more
More posts